Nigeria is home to many different species of plants, and a lot of them are edible and used in the everyday cooking of soups and other traditional Nigerian dishes. Though some of these herbs and vegetables are used internationally, each has its own, local name and special use.

Bitter Leaf:
Bitter Leaf, also known locally as Onugbu, Efo Ewuro, Shuwaka, or Etidot, is a green leaf known for its bitter taste. Nigerians boil this leaf in order to remove the bitterness, and then add it to soups or dishes like one would add Spinach. It contains many vitamins and minerals and is very healthy, reducing sugar levels in the body.

Jute Leaves:
Jute Leaves, also known as Ewedu or Ayoyo, are green leaves used in traditional Ewedu soup. This leaf is ground and has a sort of slimy texture. It is full of vitamins and minerals, as well as fiber, and is used in herbal medicine for appetite and strength after illness. The Ewedu soup is a Nigerian staple, particularly in the Western part of the country.

African Jointfir:
Also known as Afang leaves or Ukazi, the African Jointfir is a vine plant, which climbs wherever it is planted. It has no distinct taste, and is even sometime referred to as tasteless, but it is used in many different traditional soups. The leaf’s texture is similar to that of a bay leaf, featuring a glossy, waxy feel and a hard structure. It is rich in iron, iodine, and different amino acids.

Bush Buck:
The Bush Buck leaf, used in herbal medicine and cuisine, is also known locally as Utazi or Arokeke. It is characterized by its sharp, bittersweet taste, and therefore is only used in small quantities in soups and yam dishes, and even as garnish. The Bush Buck leaf contains some substances believed, locally, to fight high blood pressure, and is thus used as a medicinal herb.

Water Leaf:
Locally known as Gbure, the Water Leaf is a local green used in Nigerian soups in order to add water and liquid volume. It is characterized by its high mineral salt content. Water Leaf also contains amino acids and is used locally to prevent Scurvy disease and other similar diseases. 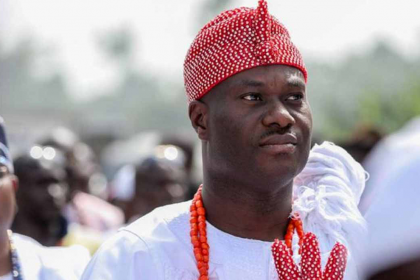 Nigeria: The Land And The People 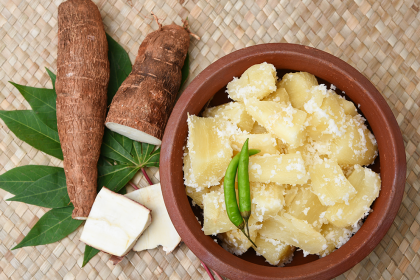 All About Nigerian Food Traditions